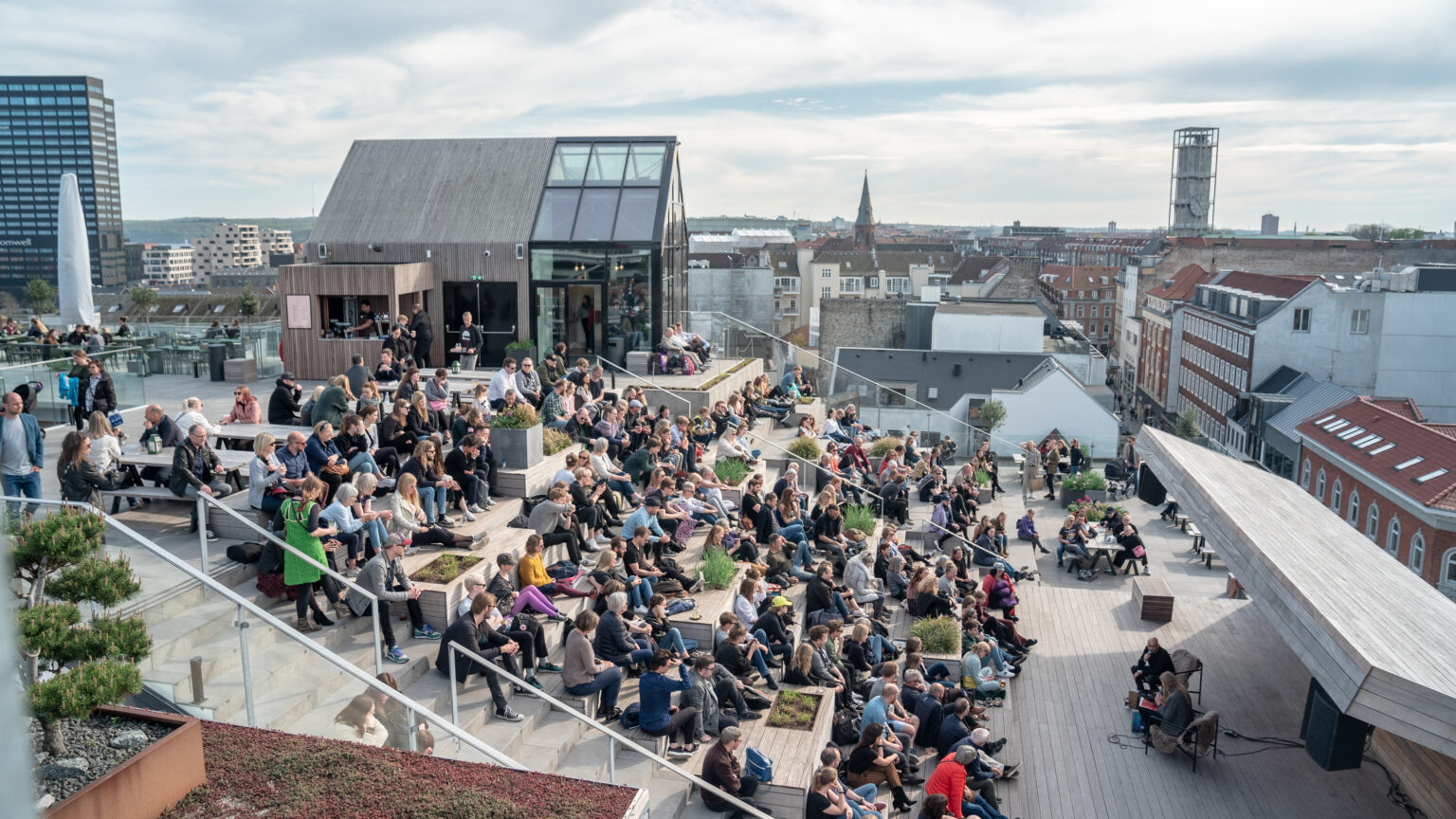 First concert at 12:15
Free entrence to all concerts

Take a stroll down a musical highway to experience the diversity of Aarhus’ musical life when a number of venues and organisations present music on various locations along a route in the heart of the city drawn from Aarhus Central Station to Bispetorvet.

Every day, when the clock strikes 12 noon, the oldest known tune in Denmark, In Vernalis Temporis, rings from the town hall tower. At the opening of Music City Aarhus 2022 the bells mark not only the time of the day but also the beginning of a day full of music.

As a musical baton, the melody sets off at 12:15 pm in the entrance hall of Aarhus Central Station. Following this, the music unfolds at various locations along Strøget and into the centre of the city.

The audience get the opportunity to explore music in new ways and widen their musical horizon by following the concert program set along the music walk ending at the grand opening concert Lydsporet fra en by.

The concerts along the music walk are presented by some of the city’s musical operators – those who make the music city Aarhus into a sparkling, diverse musical epicentre. The organisers behind the musical activities of the day are Aarhus Jazz Festival, MUX, KIM – Kvinder I Musik, Sun Ship, FEUM and Det turkise telt. The organisations represent different genres and various types of arrangements.

THE EVENTS ON THE MUSIC WALK